All articles tagged with "Cruel"

Princess Kitty likes to try different things. And that is what she did today as she got her slave to lick the dirty floor. She had come into the house with gumboots and she not only got him to lick where she had stepped on, but she also had him lick her boots. She enjoyed seeing him humiliated and especially since she was the one who had done the humiliating. 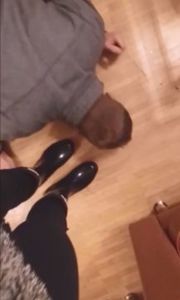 Goddess Chanel was looking sexy in her new outfit. She had gone for a date but this guy came late. She was so pissed that she had to punish him. She pretended she did not have a problem and she went out and waited for him in her car. The mistress drove the guy to her house where she humiliated him and told him never to keep a lady waiting.

Princess Serena punishes her man for not having time for her

Princess Serena was not going to let her man come home the way he wanted. He had to create time for her instead of creating time for his drinking and his buddies. She was not going to compromise on that so when he came home, she made him lick her dirty socks and she forced him to lick the soles of her dirty sneakers as well. He was humiliated but he understood her.

Madame Marissa stomps on slave in the forest

Madame Marissa took her slave to the woods to punish him. She knew he would scream and since she did not have a sound proof room to use in torturing him, she took him to the woods. She knew no one would hear him even if he screamed. So she cruelly trampled him, jumped on him and she stomped on him to inflict a lot of pain on him. His pleas for mercy fell on deaf ears.

Mistresses use heels to ballbust guy

Goddess Chanel likes to teach guys a lesson. She does it in the most cruel way she can. Today she was joined by her friend mistress BlackDiamoond. The mistresses undressed the loser and they crushed his balls and his dick using their high heels. They even kicked him in the groin and he screamed in pain at what they were doing to him. He had to learn his lesson and he did.

Lady Krasaviza is cruel but she hides it well under her smile. She looks sweet and all but when you piss her off or mess with her, she unleashes terror on you. This guy learned the hard way how bad she could be. She crushed his balls and she beat him up cruelly. She kicked him and she slapped him repeatedly. His whole body was fair game for her beating.

Mistress Kira is good at punishing slaves. She knows how to torture them and brutally so. She is so good at it that she gets paid to do it. Many mistresses do not bother punishing slaves and losers on their own. They just pay her to do it and they enjoy the benefits of punished slaves. She was given a slave to punish today and she stuck a plug in his butt cruelly and without any lube. 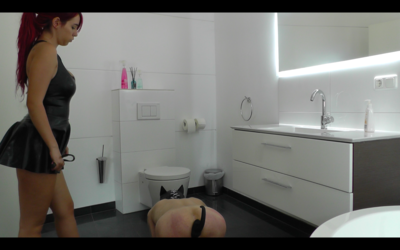 Mistresses Wendy and Dita had a bone to pick with this loser. He knew how cruel they were so he tried to beg for mercy from them when they went for him. He pretended he did not know what had happened and promised to make everything alright. They decided to give him a chance but they had to punish and humiliate him. They had him lick the soles of their feet and they trampled him before they went away.

Madame Marissa placed her slave in a trampling box after she had tied his hands. She had a free time to humiliate and punish him. She cruelly used her high heel boots to crush his face and made him lick the soles of her high heels which were dirty. She also crushed his nose and his mouth to choke him a little before she let him go. He had learned his lesson.