Miss Jenna brings her girlfriend home to find her shirtless submissive male foot slave waiting for them at the top of the stairs. He is laying on the floor with several pairs of high-heeled shoes on him. The cruel Mistress and her wicked girlfriend use him as a human doormat. They rub their high heels on his lips and tongue. The human shoe rack barely moves as they treat him like a piece of worthless shit.

Madame Marissa gets off work and puts on her mask. She is already wearing her blue denim jeans, black high-heeled shoes and nylon socks. Her submissive foot slave is waiting on the hard wooden floor for her. She makes him lick the bottom of her shoes before putting the heels in his mouth. The masked Mistress then sits down on the living room couch. She takes off her shoes and rubs her sweaty black nylon socks all over his face.

A long-legged brunette Mistress wears a mini dress, black stockings and knee-high boots. She sits on her sofa while holding a chain attached to her kneeling male slave's collar. He is wearing black pantyhose and warns him not to wear out the knees. She makes him lick her black high-heeled boots. The brunette Mistress then writes on his forehead in lipstick. She whips his bare ass red with her cat-o-nine tails as his punishment.

Mistresses abuse slave for no reason

Abusing slaves and losers is what these mistresses are good at. This loser had not done anything to them but that did not stop them from humiliating him. They forced him to kneel down and they made him lick stuff off the floor. They also slapped him and inflicted pain on his face. The poor guy wondered what he had done but he could not even ask. He just kept apologizing.

Jamie-Kate punishes her boyfriend for cheating

When this guy cheated on Jamie-Kate, he did not think she would find out. But she did and she was pissed about it. She had to make him pay for doing that to him. She made him kneel down before her and she spit on her soles and made him lick them clean. She had a cane handy in case she needed to discipline him. She humiliated him the way he had humiliated her.

Mistresses punish guy for breaking up with their friend

These mistresses wanted to punish this guy for breaking up with their friend. She was inconsolable and they wanted to teach him a lesson. They cornered him in his house and made him lick their stinky feet before doing whatever else came to their mind. They spent an hour humiliating him and for a brief moment, he wished he had never broken up with her. He even wanted to get back with her so they could stop but he decided to endure it.

This mistress wanted to send a strong message to her slave. She did not want to physically hurt him as in making him feel pain. But she wanted to humiliate him nonetheless. She made him lie down and she used her sweaty and stinky socks to humiliate him. She made him smell the socks and also lick her sweaty feet. She also choked him with her feet covering his mouth and nose.

Marissa tramples slave to teach him a lesson

Madame Marissa was in a good mood. She had gone for a picnic and the day looked great. She did not mind her slave having messed up a bit because it was a good day. But he took advantage thinking it would be forever. So she trampled him with her high heels and showed him never to take advantage of her again. The guy cried and promised never to do it again.

Princess Kitty likes to show her slaves what she will do to them before she does it. She found that it was a way to torture them mentally before doing it physically. For her, the physical pain is even greater this way. She took a slave she wanted to punish and made him sit down and listen to what she wanted to do. The guy started crying even before she physically punished him. 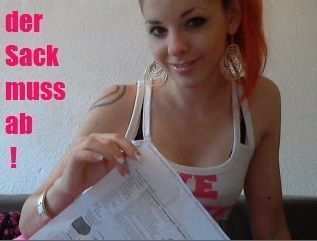